The Ins and Outs of Water Contamination 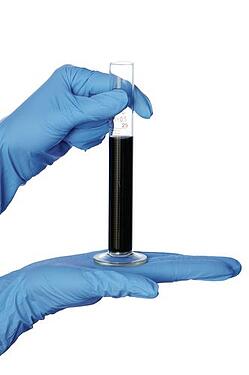 Moisture contamination is inherent in the world we live in. In fact, it's all around us; that's what makes it so difficult when it comes to keeping water out of your oil.

Similar to humidity in , there is always some level of dissolved water in oil. Some of our fluids are hygroscopic, which means that they pull water out of the air. Depending on the climate you live in, you will be affected differently. If you reside on or near a coast, you will likely have a higher humidity (more moisture in the air = more moisture in your fluids) than if you live near a desert.

Another way to get water in is through routine maintenance. If you're hosing down your reservoir and accidentally spray the breather with a stream of water, some is going to leak in. And most likely, if you have water leaking in, it's bringing dirt in with it.

Why should I care?

Having moisture in your fluid is a big deal. Water promotes corrosion, sets off chemical interactions with fluid and causes the fluid viscosity to vary. Water can also lead to pump cavitation which can have a devastating effect (more damaging than air).

How do I know if I have moisture contamination?

It's simple, really. Test the oil. Draw a sample in a glass jar and look at it. Hold the jar up to the light. Is it cloudy? Do you see water separation after it sits? If so, you've likely got some issues.

The ultimate way to test is through a titration test such as Karl Fischer. It will report the amount of water in ppm. 100ppm is the normal lid (or upper limit) we like to operate at.

A perk of oil testing is that it's really cheap, which is good since we recommend that you do so regularly. If you have a problem, you should be drawing samples once a week. Even if you don't think you have a problem, we suggest sampling once a month just to monitor the situation.

So, how do you fix moisture contamination?

Generally speaking, you have four options to fix moisture contamination:

With coalescence, specialized filter elements will coalesce and separate free water droplets from the oil and some emulsified water, but you are limited in use to oils that don't have an aggressive additive package. This is usually good for turbine oil, diesel fuel compressor oil, among others.

A headspace dehydrator pushes incredibly dry air across the top of the oil inside the reservoir, which makes the fluid release the water to reach equilibrium with the environment. This option is good for reservoirs that don't have changes in fluid level.

Finally, vacuum dehydration removes all three forms of water (free, emulsified and dissolved water). It works on any system with any oil, regardless of age.

Which one should I use?

Obviously, you should weigh the cost of each one. With each method of removing water, there are limitations. If there’s a massive amount of water in your system, you may consider renting a dehydrator.

If you have a question about fluid contamination -- or how to get rid of it -- let us know.  We love talking about this stuff!

[Video] How Big is a Micron?